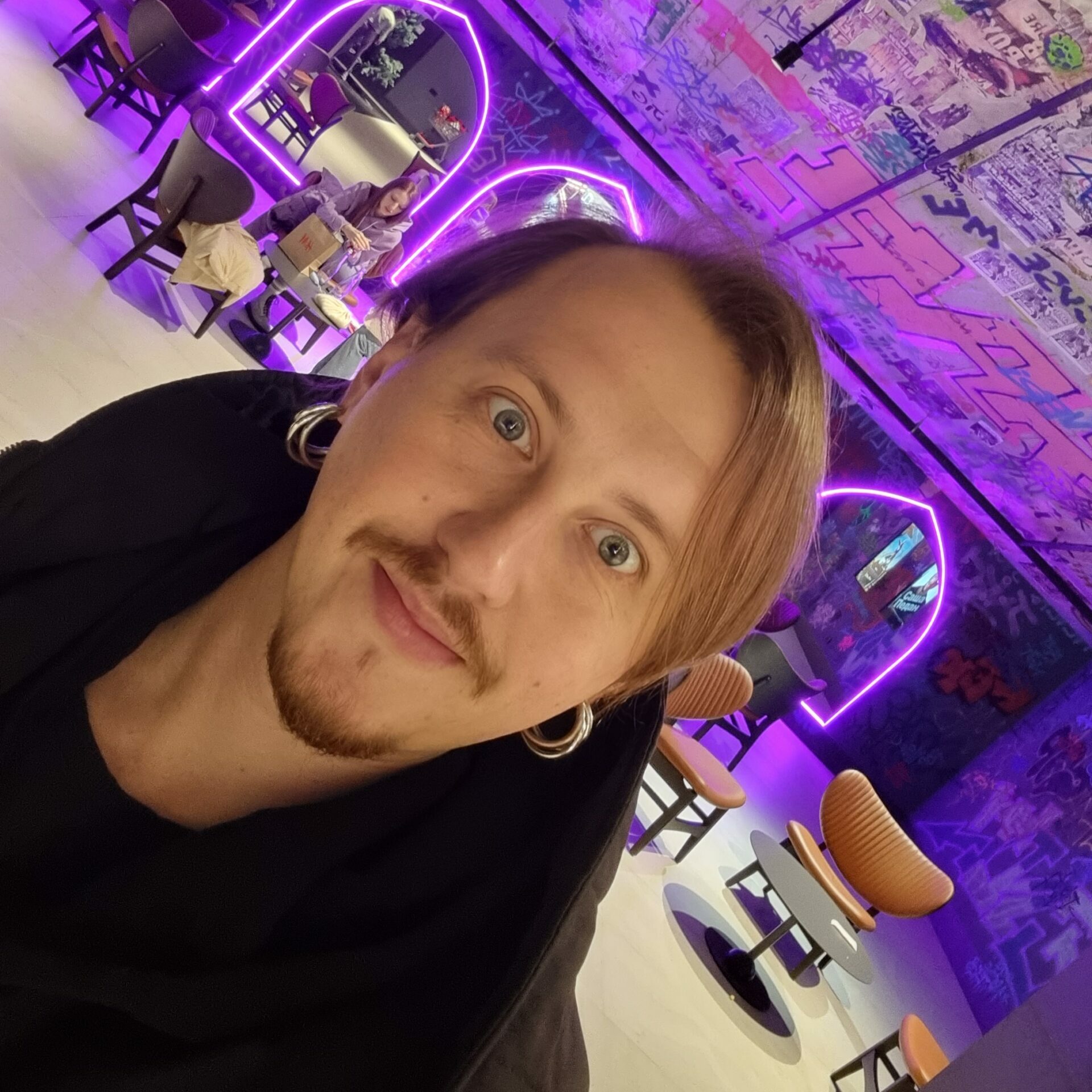 I’m m 37 years old and I run 3 art spaces in Kyiv, Ukraine as an art director and co-owner: Tepliy Lampoviy art club – a music stage with a bar for 300 people where ukrainian underground lives 😉 Opera Concert Hall – a huge music hall for 600 people that looks like an post-apocalyptic theatre. Flat 13 – A small play space for 70 people where we do afterparties snd flat concerts.

I started as a free organizer when I was 18, made a lot of local gigs, then we started to organize concerts for the foreign bands. I was inspired by the gothic and metal music and we made shows for such bands as Behemoth, Dark Funeral, Draconian, Saturnus, Hanzel und Gretel etc. I opened my first club сalled Asylum 6 years ago, It didn’t live long, but gave me good experiens and then I created Tepliy Lampoviy with my friend. I like to be involved into different music project, for example I started working at Comic Con Ukraine as a stage manager 4 years ago.

I also play guitar and compose music in an industrial metal band Aghiazma, we took part in the finals of Ukrainian Eurovision competition )

And before that I played gothic doom with a band called GrimFaith. I have a wife and two childeren, they work at our clubs from time to time – family business 😉